Prior to IsoEnergy, previous owners completed only 14 drill holes on the Thorburn Lake property. Four were drilled in 2008 and identified uranium enrichment at the Athabasca Group-basement unconformity, with uranium analyses as high as 90 ppm over 5.1 metres. A follow-up program was completed in 2011. Of the ten holes drilled in 2011, four had significant uranium anomalies associated with alteration envelopes at the unconformity. Drill hole TBN-11-05a intersected visible pitchblende veins and disseminations. This drill hole yielded a best result of 3610 ppm U (0.43% U3O8) over 0.6 metres, in the basement directly below the sub-Athabasca unconformity. The interval occurs within a larger weakly mineralized zone with a grade of 0.019% U3O8 over 8.0 metres straddling the unconformity. 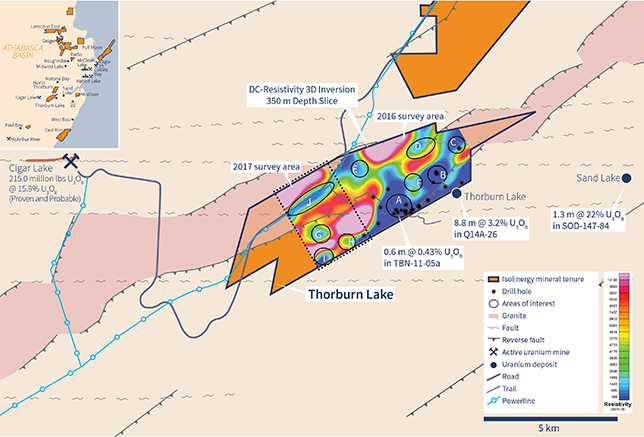 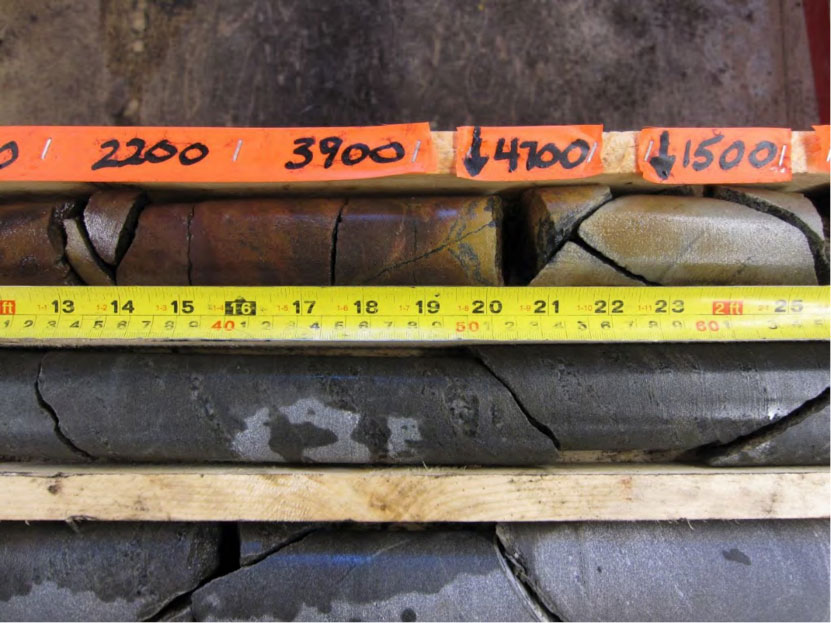 IsoEnergy completed a total of 7,100 metres of drilling in 16 drill holes at Thorburn Lake in two programs in 2016 and 2017. The focus of the programs was to evaluate extensions of the uranium mineralization intersected in 2011, especially along-strike to the northeast beneath lake ice. Depth to the sub-Athabasca unconformity at Thorburn Lake ranges from 290 to 350 metres.

Drilling in 2016 and 2017 extended favourable structure and graphitic units to the northeast and continued to intersect sporadic uranium mineralization and alteration. Additional drilling in this area is warranted.

Exploration at Thorburn Lake is at a very early stage and the property is highly prospective for both unconformity and basement hosted uranium mineralization. 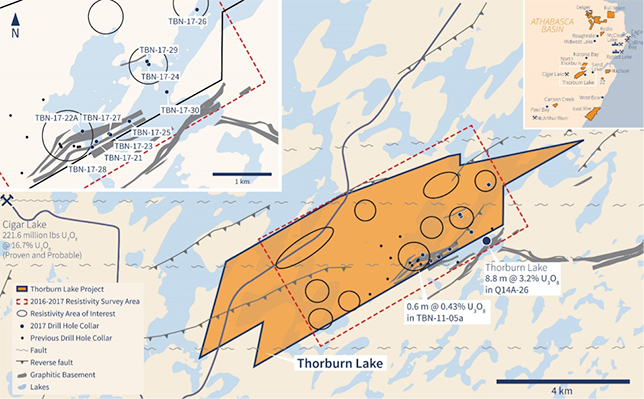